Games and the gaming industry have progressed in leaps during the last 30 years. From simple storytelling via computers, we have come to a compelling and multilateral form of entertainment drawing from literature, movies and sports. Games offer an unprecedented possibility for human creativity in storytelling, and sweep the audience along to the storytelling, and to the production of the game’s content.

According to estimates the global game industry was valued at 65 Billion USD in 2011. Currently the time and money spent on games is increasing, and the upward trend seems permanent.

This article presents the basis of an IPR strategy of a gaming company. It gives an overview on how the choices made in an IPR strategy may affect a company’s practical choices, taking into account the company’s industrial environment.

The Basis of an IPR Strategy

An IPR strategy consists of (i) the identification of the central business elements to be protected, (ii) the tools – such as intellectual and industrial property rights (IPRs) – available to be used in such protection and (iii) the application of the tools within the business of the company.

A strategy aims to both create and maintain a company’s competitive edge over its competitors. At the same time, the strategy serves to identify areas which are not in equal need of protection, and which may thus be treated more freely.

A multifaceted and developing form of entertainment and culture touches IPRs at many points, and all forms and methods of protection may apply. In the protection of business interests, the forms of protection are not limited to IPRs, but the applicable tools also include practices, business models, customer and user relationships and contracts. These form the tools of an IPR strategy.

The typical central elements requiring protection are the factors building the company’s ability to stand out from its competitors: the reasons why customers choose the company and not its competitors. In this domain, the company strives to maintain and build its protected position.

Even production can be part of that competitive edge, although usually production is more about competitiveness, which may be worth protecting as well. On the other hand, elements outside such protection are typically joint elements between actors in the field: in this domain, the company may decide to seek cost-effectiveness via e.g. co-operation.

In addition to pure IPRs (see list below), there are other important tools to be used in the protection of a gaming company’s business. These include the maintenance (and control) of user and customer relationships, usage data, practical secrecy, non-disclosure agreements and other agreements: e.g. customer and distribution agreements.

It is also noteworthy that legally games no longer necessarily build on the sale of copies, or on similar licensing models. Games are increasingly offered as a service over the Internet (e.g. Farmville), or such a service may be an essential part of the game (e.g. World of Warcraft).

As games extend to untraditional areas (e.g. Angry Birds -parks), the offerings of services may be even more versatile. Offering a product as a service affects the distribution method’s IPR appraisal.

IPRs central to a gaming company:

• Copyright is probably the central IPR to a gaming company. It applies to the storyline (pictures, movies, world elements, music, story) as well as to the software technology used. Copyright also applies to content created by users. In addition, rights neighboring copyright may become relevant.

• Right to trademark is becoming more central. Since games extend to larger audiences and their business models diversify, the trademark could be the most important right to a gaming company.

• Right to patents can be important, not only as regards computer implemented inventions, but in a wider sense. It is not only about software patents, even if those and business process patents can nowadays be applied for. The gaming industry extends beyond computers in an increasing manner (look at e.g. mobiles, augmented reality, specific accessories): also non-software patents are relevant.

The traditional distribution channels for computer games have been through large publishers (such as Electronic Arts, Inc) in a manner similar to how music is published. The Internet has, for some time already, allowed guerilla publishing: the term means (mostly) small publishers with limited budgets, who typically distribute copies over the Internet and/or offer limited extras (e.g. Battlefront.com).

Two more recent phenomena have changed game distribution significantly. The Internet has become more popular as the platform to provide games as a service (multiple providers, such as Facebook). Another important trend is the appearance of application stores (such as Apple App Store and Android Play), which offer games for an increasing amount of mobile devices capable of being gaming platforms.

While applying an IPR strategy, the company must evaluate the terms of a distribution channel. If a company’s competitive edge is built on engaging customers with each other, while improving and building on that engagement, then the channels that prevent or impede such actions do not conform to the strategy. Brand management must also take a stand on the interaction between the company’s own brand and a channel brand.

Game development is subject to a similar rupture as the software industry in general. A gaming company might no longer develop the entire game or required software technology platforms, but would rather use modular architectures, game engines and development platforms made by others (e.g. Quake engine or Blender).

The basic technologies are used widely, and such wide adoption of a technology usually pushes the production to open source (Qt-environment), free service provisioning (Facebook) or another efficient production model. The central area for a gaming company is usually the storyline, the mission and delivering these to the customer in a compelling manner.

Another rupture in production is the increased role of customers and users in the creation of game content. This could mean a multiplayer game, in which the appeal of the game is based partly on the interaction between users (e.g. Habbo Hotel). Or it could be content created by users alone or together, such as game levels, missions, characters or competition ladders (e.g. Strategic Command -series). IPRs are not the only legal questions in this area.

From an IPR-strategy perspective, technology platforms are usually not central to a gaming company’s competitive edge. Thus, in this domain, exploiting existing platforms and participating in, or leading co-operation could be a sensible move. This of course requires that the company does not become dependent on another supplier: this can be achieved by e.g. requiring open source terms on such shared platforms.

The interaction between customers can be a significant driving force behind the competitive edge and this could mean that a more relaxed approach to character copyrights or licensing could be justified, if it builds user participation.

The traditional business model is game sales via publishers (e.g. a 59 euro Playstation 3 game). The game can be complemented with a service, such as a multiplayer server. If the service carries a monthly fee, the game usually costs less (e.g. World of Warcraft approximately 10–15 euro/month).

Games as a service have significantly changed the business models. A freemium model is growing, in which the game and playing can be free of charge, but one can purchase additional capabilities. Advertisements can be a part of the business model.

Application stores have ruptured not only the distributions channels but also the business models: games may be simpler, but their cost is a fraction of the earlier prices (e.g. 1-8 euro/game, e.g. Robo Defense or Angry Birds).

Application stores are used as a distribution platform for many games with the freemium model. The vision on the future of gaming – described in the beginning of the article – would also mean that business models will continue to change and develop.

IPR strategy wise, if you are offering a service or a freemium-product, unauthorized copying is normally not a grave problem. In fact, it would seem that more important is the wide distribution of the service, and a gaming company would normally support increased adoption by all means. 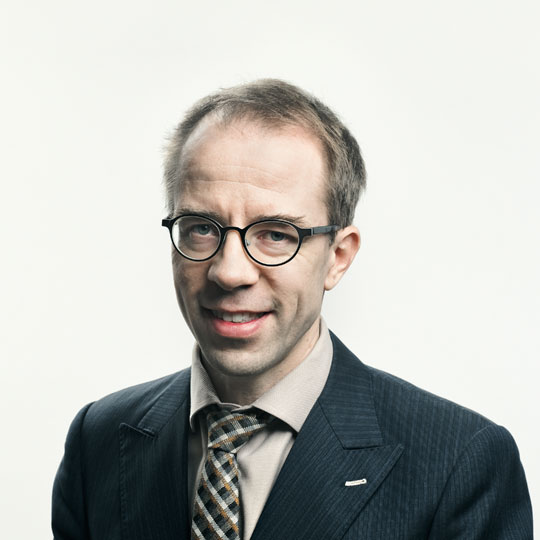