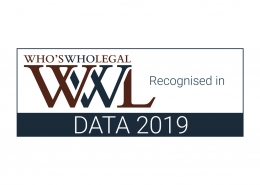 tection, security and TMT matters. According to WWL, “Thought Leaders are individuals who have received the highest number of nominations from peers, corporate counsel and other market sources this year. Our research has identified them as being truly outstanding practitioners and the very best in their field.” von Willebrand has been noted by WWL for many consecutive years.

WWL is a well-known legal publication that has been published since 1996 by Law Business Research Limited. It publishes reports and listings of well accomplished lawyers and works as a reference source for finding legal experts.

WWL takes pride in its integrity. Its site features over 24,000 of the world’s private practice lawyers and additionally consulting professionals from over 150 national jurisdictions.