AIPPI is the world’s leading non-governmental organization in the field of immaterial property rights. Examining the national IPR legislations of different countries and forming reports concerning harmonization of the legislations between countries are the core functions of the organization. Essential areas of immaterial property rights are: patents, trademarks, copyrights, copyrights of design and unfair trading.

The AIPPI World Congress is a five day intensive whole; including panels, workshops and other program; The Congress is culminated in the Executive Committee’s meeting, where hundreds of IPR experts discuss topics of great immediate interest concerning harmonization needs of legislations and decide resolutions regarding the questions. The topics are worked in the national AIPPI groups and in preliminary sessions between national groups; before submitting the matters to the meeting.

AIPPI’s core functions relate to improving the IPR legislation through: meaningful dialog, analyses and the exchange of knowledge and points of view.

Issues reviewed in Milano were: linking to internet content as a copyright question; supplementing patent application with new material; use of immaterial property rights as securities; and requirements for protection of a copyright of design. 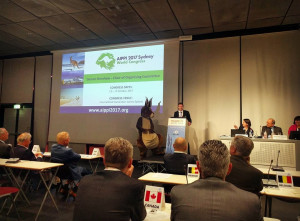 The representatives of Australia presented the congress plans for the year 2017. The next AIPPI World Congress will be held in Sydney October 13–17, 2017. (Picture: Henri Tanskanen) 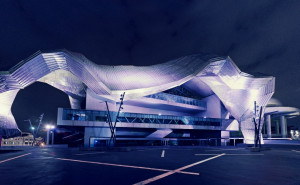 The international AIPPI organization is not just about networking. Its core functions relate to improving the IPR legislation through: meaningful dialog, analyses and the exchange of knowledge and points of view. The dialog does not end when the resolutions are issued. The national associations working under the organization in various countries deliver these harmonization proposals to their own national authorities, legislative drafters and judiciaries.

In Finland AIPPI presents the annual resolutions of the World Congress to a broad number of authorities and other interested parties. Since last year, Finland’s AIPPI group’s aim has been in improving the interaction of this presentation. The purpose is to arrange such engaging event this year as well, says Korkeamäki.